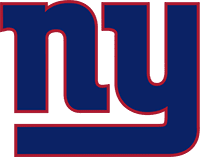 We’ll provide some details and insights on some of the potential top daily fantasy defense/special team value plays for week 7.

At New England last week, the Giants’ defense logged 3 sacks, 1 pick, 1 recovered fumble returned for a TD, while giving up 29 offensive points, good for 12 fantasy points and a DEF5 finish. At Arizona last week, the Falcons’ “defense” gave up 34 points.

The Giants rank 12th (tied) in sacks with 16, and 11th (tied) in QB hits with 35. The Cardinals give up the 5th most sacks with 21. Saquon Barkley’s tentative return this week could further enhance the Giants’ positive-script advantage at home.

The betting line with the Falcons (1-5) has the game total at 54 points (highest on the board) with the Rams (3-3) as -3 point road favorites. The Rams’ implied team total is currently at 28.5 points and the Falcons are currently at 25.5 points.

The Falcons toss up the 5th (tied) most interceptions, give up the 11th (tied) most sacks, and the 11th most fantasy points to opposing defenses. The 19th ranked Rams’ fantasy defense has been underwhelming this season, but they do have pathways to points against this dumpster-fire Falcons team.
Update:
CB Aqib Talib (ribs) has been placed on IR, CB Marcus Peters has been traded to the Ravens for LB Kenny Young, and CB Jalen Ramsey has been added for a boat-load of picks (1st, 1st, 4th rd). Ramsey expected to shadow Julio Jones this week.

The betting line with the Bears (3-2) has the game total at 38.5 points (lowest on the board) with the Saints (5-1) as -3 point road dogs. The Saints’ implied team total is currently at 17.75 points and the Bears are currently at 20.75 points. Chicago is coming off their bye.

At Jacksonville last week, the Saints’ defense logged 2 sacks, 1 pick, and held the Jaguars to two field goals, good for a DEF6 finish with 11 fantasy points. Against Chicago in week 5, the Raiders’ defense tallied 4 sacks, 2 picks, and held the Bears to 21 points.

The Saints’ defense ranks 6th (tied) in sacks with 18, 5th in QB hits with 40, and is currently the DEF6 on the season. Over their last four games, the Saints’ defense has averaged 10.5 fantasy points/gm. The Saints’ D-line ranks 7th in adjusted sack rate while the Bears’ O-line ranks 19th. QB Trubisky (shoulder) may return this week.