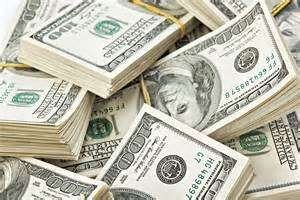 The Guaranteed Prize Pool (GPP) type tourneys typically have very large entry sizes. While winning these can earn you tens of thousands to millions of dollars, just finishing in the money could prove to be profitable as well. Tournaments allow for multiple entries from a single user in a single contest, which is a popular method of slightly increasing your odds of cashing somewhat, depending on the number of entries entered in a particular contest.

Ideally, you want every position in your lineup to hit gold despite the salary cap constraint. Since just having a lineup with a solid score that would be a winner in a 50/50 contest, may not come close to cashing in tournaments. Depending on the entry fee and prize structure of a particular tournament, you may have to score anywhere in the top 5% to 15% just to cash.

When creating multiple lineups, it would be best to do this offline, so you can juggle your various lineups and know which combination of players you have in each, so you know that the players you may want are covered. For example, if you want to enter 15 lineups in a particular contest, you would want all 15 ready to go within the salary cap, before entry. Of course, you don’t need to enter all 15 lineups at the same time, but you should have your mind made up (at that moment anyway) with your final rosters.

Before continuing further, here are a couple of definitions that will be referred to:

High risk/ceiling – These type of players will usually be on the cheaper salary side. These players may give you a donut or potential for a good score in any given week. For example, Tim Wright TE of the New England Patriots in 2014 had four games with zero points. However, in week 12, he scored at least 18 points with 2 touchdowns.

Lower risk/high floor – These type of players produce consistently from week to week. These players may generally be more expensive than the dart throw types mentioned above. Think Ahmad Bradshaw RB of the Indianapolis Colts before going on IR with a broken leg. Bradshaw scored double digit points every week before the injury.

For tournament lineups to do well, they will need to be comprised of some lower cost players with high ceiling potential that actually hit or exceed their ceiling. Basically, the ultimate home run value picks. These selections will definitely carry risk as they may easily not even cover their low cost, essentially ending your tournament hopes for that lineup. In this example, each of the 15 lineups will be different, comprised of a mix of premium players that should deliver expected value despite their cost, and the sleeper picks with high ceiling potential.

A diversified portfolio of lineups in this manner reduces risk, if say, the sleeper picks in some lineups strike out because other diversified lineups may hedge the missed ones. These lineups would not have the same player in all of them. If that were the case, and this player goes down in the 1st quarter with a torn ACL, concussion, etc., essentially all 15 of your lineups probably got killed at that moment. Remember, you only need one of these lineups to cash to be profitable.

A popular tournament strategy is stacking. Stacking is basically starting players from the same team in a particular lineup where these players have a good potential matchup. For example, in week 8 of the 2014 season, a stack of Pittsburgh Steelers including Ben Roethlisberger, Antonio Brown, and Martavis Bryant combined for 10 touchdowns and a stack of Peyton Manning and Emmanuel Sanders of the Denver Broncos combined for 6 TDs.

There is risk involved with stacking however because you are putting a lot of marbles on one team in one game. For example, if one player in a stack goes down with injury, or just doesn’t deliver, or an unanticipated game flow scenario kills your potential shootout, your stack play is probably done, and therefore that particular lineup as well. Some weeks, depending on matchups, may allow for multiple potential stack teams the same week. If opportunity allows, stacking different teams in a multi-entry contest helps diversify your lineups.

Tournament play is a great opportunity to learn about the winning lineups and who enters them. These scores will be crazy high, but it should give you a good idea of what it takes to cash. And of course, a factor of straight out luck for the stars to align just right at that moment never hurts.