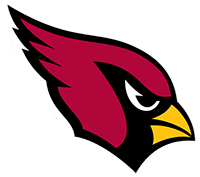 We’ll provide some details and insights on some of the potential top daily fantasy defense/special team value plays for week 9.

Salary ranks are based on the main-slate Sunday only.

Betting lines and weather projections are as of the time of this writing.

The Cardinals’ defense registered 2 sacks, 3 interceptions, and gave up 34 offensive points to the Seahawks in Week 7.

The Dolphins rank 8th vs. defenses in fantasy points allowed. QB Tua Tagovailoa will likely be in a scenario where pass attempts exceed rush attempts, unlike last week’s fortunate turn of events against the Rams.

Washington’s defense registered 6 sacks, 1 interception, and gave up 3 offensive points to the Cowboys in Week 7.

The Bucs’ defense logged 3 sacks, 2 interceptions, and gave up 23 offensive points to the Giants last week.

The Giants rank 28th vs. defenses in fantasy points allowed. They also hand over the 3rd (tied) most turnovers (15). QB Daniel Jones accounts for 13 of these himself.

And in the same game…

The Cowboys registered 2 sacks, and gave up 23 offensive points to Washington in Week 7.

The Giants’ defense put up 14 fantasy points on Washington in Week 6.

The betting line with the Jaguars (1-6) has the game total at 51.5 points with the Texans (1-6) as -6.5 point road favorites. The Texans’ implied team total is currently at 29 points and the Jaguars are currently at 22.5 points. Both teams are coming off their byes.

The Texans’ defense blocked a kick and gave up 35 offensive points to the Packers in Week 7.

The Chargers registered 5 sacks, 1 fumble recovery, and gave up 29 offensive points against the Jags in Week 7.

The Jaguars rank 21st in fantasy points allowed to opposing defenses. With QB Gardner Minshew (thumb) ruled out, 6th round rookie Jake Luton will make his NFL debut. The Texans’ DST have an opportunity to take advantage in what should be a pass-heavy script for the rookie.

UPDATE:
The Texans will be without three LBs as Whitney Mercilus, Jacob Martin, and Dylan Cole were all placed on the reserve/COVID-19 list.