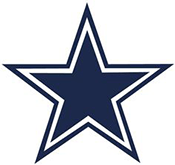 We’ll provide some details and insights on some of the potential top daily fantasy defense/special team value plays for week 5.

The betting line with the Giants has the game total at 54 points with the Cowboys as -9.5 point road favorites. This is the 2nd widest spread on the board. The Cowboys’ implied team total is currently at 31.75 points and the Giants are currently at 22.25 points.

The Cowboys’ defense logged 2 sacks, and gave up 49 points against the Browns last week, good for -2 fantasy points.

The Rams registered 5 sacks, with 1 interception, and allowed 9 points against the Giants last week, good for the DST3 finish.

Favoring the Cowboys, media outlets are all over the Cowboys’ poor defensive play, and deservedly so, but this attention could keep their popularity at a minimal. Also favoring the Cowboys is the large positive game-script which should aid the pressure advantage they have over the Giants.

The gamble on a bad Cowboys’ defense, boils down to the Giants’ offense being even worse, which very well could be the case.

The Texans’ defense registered 3 sacks and gave up 31 points to the Vikings last week.

The Texans are the only team to not generate a turnover yet this season. The turnover regression should lean towards the Texans eventually, and QB Gardner Minshew averages 1 pick/gm.

The Steelers’ defense logged 5 sacks, 1 interception, and allowed 21 points to the Texans in Week 4.

The Eagles’ offense leads the league in interceptions (7) and has given up the 3rd most sacks (14 tied). The Eagles also rank 29th against defenses in fantasy points allowed.

The Eagles are afflicted with injuries at all receiver positions and O-line, which makes them more like a wounded duck, especially for a rested/elite defense.