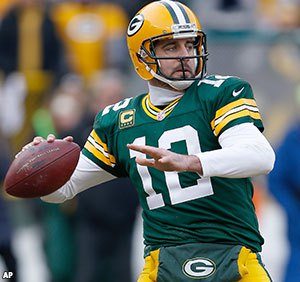 We’ll provide some insights and review some DFS value players for week 17.

Week 17 is particularly unusual compared to the previous 16 weeks, as this slate will be more influenced by current info, team motivations, narratives, and less on historical season stats and historical matchups. With the potential of some starters resting on playoff teams with nothing to gain (i.e. New Orleans), and done teams possibly giving the younger players a look, historical matchups become largely irrelevant in these scenarios.

Current team playoff scenarios can be found on this page.

Salary ranks are based on the main-slate (Sunday).

The Dolphins appear ready to pack it in after mustering 183 total offensive yards against the Jaguars last week. The weather looks good for the Bills with sub-freezing temperatures projected for Sunday.

The betting line with the Lions (6-10) lists the game total at 44 points with the Packers (6-8-1) as -8 point home favorites. The Packers’ implied team total is currently at 26 points and the Lions are currently at 18 points.

Rodgers posted a 32/52, 442, 3:0 passing line and 3-10-0 on the ground with two lost fumbles, good for 33.68 DK points at Detroit in week 5. Rodgers and crew appear to be going full-force again this week for their fans in their home finale. Weather should be good for the Pack, with projected 35 degree temperatures and sunny in Green Bay.

Tevin Coleman (groin) missed practice on Wednesday and his status is currently unknown. Coleman is an impending free agent after Sunday, and he might have played his last game as a Falcon. Be that the case, Hill would be the only viable RB play for the Falcons. With both teams out of contention, and probably the most likely shootout potential game on the slate, the 2nd year pro out of Wyoming could get a long look this week.

Update:
Coleman is expected to suit up this week.

McGuire faces a projected negative game flow scenario as big road dogs, but he is New York’s guy as he dominates snaps and touches in the backfield. The Patriots would likely focus on Robby Anderson and Chris Herndon as priorities to control the game flow, with McGuire as a lower concern for them. McGuire averaged 3 catches and 34 receiving yards over his past three games, and could see an uptick in passing involvement considering the implied negative script and his three-down role in the offense.

With Odell Beckham (guard) missing Wednesday’s practice and likely out again this week, Shepard should again see the majority of the receiver volume against a Dallas defense whose biggest concern is avoiding injuries heading into the wild-card round.

The Bucs’ defense ranks 27th against WRs in fantasy points allowed and 29th in DVOA against the pass. Julio Jones could get pulled early from this pointless game, leaving Ridley a possible volume boost in a high projected scoring game as neither team has anything to play for.

This week looks like an obvious pay up spot for the position or total dart-throws on the lower end of the salary range, considering narratives, good matchups, and week 17 uncertainty. Depending on your lineup build this week, the following TEs could easily fit in at various salary cap price-points.

Travis Kelce (KC) should be this week’s #1 TE play considering the Chiefs must win, the Raiders’ rank 28th DvP and last in DVOA against TEs. Kelce pasted the Raiders with a 12-168-2 receiving line on 13 targets in week 13.

Zach Ertz (PHI) is definitely in play as the Eagles must win. Ertz’ record-breaking 113 catches ranks 2nd in the league for ALL positions. Ertz led all TEs in fantasy scoring last week, posting a 12-110-2 receiving line on 16 targets. The volume will be there.

George Kittle (SF) will be the #1 option as the team’s projected targets, catches, yards leader, especially with Dante Pettis and Matt Breida out. Kittle dropped a 5-98-1 receiving line on 8 targets against the Rams in week 7, and his volume should increase as he’s forced-fed in a big implied negative script game.
Update:
Marquise Goodwin (calf) has yet to practice and is looking iffy at best this week.

Jared Cook (OAK) will face a Kansas City defense which ranks last in DvP and 28th in DVOA against TEs. Cook logged a 7-100-1 receiving line on 8 targets against Kansas City in week 13.

Evan Engram (NYG) will face a Dallas defense (with nothing to play for) which ranks 20th in DvP and 17th in DVOA against TEs. Engram logged a 6-87-0 receiving line on 6 targets, adding two carries for 26 yards last week at Indianapolis. Engram also recorded a 7-67-1 receiving line on 7 targets at Dallas in week 2.

Vance McDonald (PIT) is on the cheaper end of the salary scale and gets a scenario where the Steelers need a win at home. He will face a Bengals’ defense which ranks 29th in DvP and 18th in DVOA against TEs. McDonald logged a 7-68-0 receiving line on 8 targets at Cincinnati in week 6.