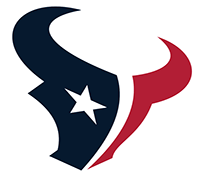 We’ll provide some details and insights on some of the potential top daily fantasy defense/special team value plays for week 16.

Salary ranks are based on the main-slate Sunday only.

Betting lines and weather projections are as of the time of this writing.

The Panthers’ defense ranks 19th in adjusted sack rate vs. the WFT’s offense which ranks 23rd.

QB Dwayne Haskins (stupidity) broke the COVID protocols again, this time going maskless to a strip club. He is currently awaiting his fate from the NFL and/or team. Alex Smith (calf) is questionable. If Smith can’t go again this week, that leaves either practice squad call up Taylor Heinicke or rookie Steven Montez. Heinicke hasn’t taken an NFL snap since 2018, and Montez has yet to play in an NFL game.

The Panthers’ DST has an opportunity to play spoiler to the WFT’s divisional aspirations and may get a train wreck QB situation to attack.

UPDATE:
Haskins’ team punishment is $40K. He is taking first team reps and will start if Alex Smith cannot go.

The betting line with the Bengals (3-10-1) has the game total at 46 points, with the Texans (4-10) as -8 point home favorites. The Texans’ implied team total is currently at 27 points and the Bengals are currently at 19 points.

The Texans’ defense ranks 10th in adjusted sack rate vs. the Bengals offense which ranks 30th.

The Texans should have game-script in their favor to take advantage of Ryan Finley dropbacks.

The Colts’ defense logged 5 sacks, 2 fumble recoveries, and gave up 20 offensive points against the Texans last week, good for a DST3 finish.

The Colts’ defense ranks 17th in adjusted sack rate vs. the Steelers’ offense which ranks 1st.

Season average rankings do not adequately reflect recent trends in this case. The Steelers have given up their 3 highest opposing DST scores in the past four weeks. The Steelers, having dropped three straight games, face pressure of increased possibility of losing the division with a loss.

QB Ben Roethlisberger’s avg. completed air yards (4.5) is the 4th lowest in the league, behind Dwayne Haskins, Alex Smith, and Jimmy Garoppolo. With a dink-and-dunk air game, coupled with the 2nd worst rush offense, the Steelers face a bad matchup with which the Colts’ DST could take advantage.