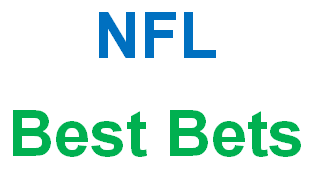 Under head coach Mike Tomlin’s tenure, the Steelers are an impressive 40-21-3 against the spread (ATS) as dogs.

The Steelers field a top-3 defense at worst. The Steelers’ defense ranked 1st in sacks and QB pressure %, 2nd in takeaways, and 3rd in points allowed and yards allowed last season.

With one of the lowest vaccination rates in the NFL, the Bills are at a weekly competitive disadvantage with the increased risk of losing players at any point in time.

Pour on some RB Christian McCaffrey, and the Panthers look good to cover at home.

Since leading the Chiefs, head coach Andy Reid is 6-2 ATS in Week 1, and 22-10 ATS in Weeks 1-4. Coach Reid has consistently done well in games where he has extra time to prepare.

QB Teddy Bridgewater has been named the starter. In career starts, Bridgewater is 36-14 ATS, the best winning ratio for a QB in the Super Bowl era. Bridgewater is also 21-3 ATS on the road.

The Giants may be sporting the 2nd worst O-line in the NFL, and word out of camp on this unit thus far has not been good. 🤮

Also, the status of WR Kenny Golladay (hamstring) is uncertain as his availability for Week 1 is becoming a growing risk. RB Saquon Barkley (ACL) may be brought along slowly to begin the season as well.

The Broncos laying only 1.5 points feels like a layup.

As the Ravens’ head coach, John Harbaugh is 10-3 ATS in Week 1, as well as 9-4 ATS coming off of byes. Like Chiefs’ HC Andy Reid, Harbaugh has consistently been successful with ample time to prepare.

The Ravens’ hold advantages both offensively and defensively across the board in this favorable matchup against the Raiders. One of which, the Ravens ranked 1st in rush EPA vs. a Raiders’ defense which ranked 32nd last season.

With Harbaugh running circles around Gruden, and Lamar Jackson doing the same against the Raiders’ bottom-third defense, the Ravens should cover, like a giant Roomba on a rug.

The Rams’ defensive (top-third) strengths are on their D-line and at CB, which makes for bad matchups against the Bears’ weakest units on offense (bottom 5), their O-line and QB. Under McVay, the Rams’ defense has averaged 16 points allowed in Week 1.

Click here for all the current DraftKings Sportsbook promos for new players for the maximum benefits possible!

Check out the details for the current BetRivers Sportsbook promos for new players for the maximum benefits possible!