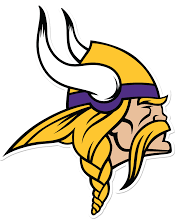 We’ll provide some details and insights on some of the potential top daily fantasy defense/special team value plays for week 4.

Vegas lines are as of the time of this writing.

Arizona hosts Los Angeles as -8.5 home favorites and Denver heads to Tampa Bay as -3 road favorites, with game totals in 43-44 point range. Both teams have great matchups and would appear to be safe plays with potential for causing some destruction. These top tier defenses come with that top tier price tag as well.

Considering the lower tier defenses have less than ideal matchups or worse, it might be worth it to find values at other positions this week. We targeted a few defenses with scoring potential outside of the top three salaries.

The Vegas line has the game total with the Browns at 45.5 points with the Redskins as -8 point favorites at home.

Cody Kessler gets the start again, and Washington will have the benefit of film study on Pryor’s schemes, should Cleveland go this route again, which wouldn’t be surprising. After mostly shadowing Odell Beckham Jr. the previous week, Washington may take that approach again with Josh Norman on Pryor, who leads Cleveland in targets by more than double of his next highest targeted teammate.

Washington’s defense is not good, as they rank in the bottom third in all yardage and scoring statistics, and are middling in sacks and turnovers, but Washington has had to face the offenses of Pittsburgh, Dallas, and the New York Giants. Cleveland should provide an easier go at it, provided the positive game script holds for Washington, but this will necessitate that Isiah Crowell and Duke Johnson Jr. are kept in check early.

The Vegas line has the game total with Minnesota at 43.5 points (4th lowest on the board) with the Giants as +4 point road dogs on Monday night.

Minnesota’s offense ranks last in rushing yards, and 2nd to last in passing and total yards. They rank 20th in points scored but 2 of the team’s 5 total touchdowns belong to the DST. Jerick McKinnon and Matt Asiata may have a tough go at it on the ground as they have combined for a 2.7 avg. and zero touchdowns. Minnesota has faced Carolina, Green Bay, and Tennessee in their three games thus far.

To gain yardage, the Vikings may likely be forced to do so in the air, where two options, Stefon Diggs and Kyle Rudolph account for 56.5% of the team’s total targets and all 3 of Sam Bradford’s TDs. The Giants’ secondary is thin with injuries to corners Dominique Rodgers-Cromartie, Eli Apple, and safety Darian Thomson, so this particular matchup could potentially be a pivotal factor in this game.

The Vegas line has the game total with the New York Giants at 43.5 points (4th lowest on the board) with the Vikings as -4 point favorites at home on Monday night.

As +7 point road dogs last week, Minnesota’s DST went ham on the conference champs, to the tune of 8 sacks, 3 picks, 12 QB hits, 6 passes defended, 1 TD, and a safety. In the process, this unit held Kelvin Benjamin to 0 receptions and Cam Newton to a 47.6 passer rating, while holding Carolina to just 10 points.

Rashad Jennings (thumb) is currently iffy and Shane Vereen (triceps) has been placed on IR, leaving a backfield committee of Orleans Darkwa (projected starter), Bobby Rainey, and Paul Perkins. Minnesota has kept DeMarco Murray, Eddie Lacy, and Cameron Artis-Payne at or less than 50 rushing yards each, over the past three games. The Giants may be forced into a one-dimensional air game, which could provide exploitable opportunities for the Vikings.

Check out the Week 4 schedule with current spreads/totals/byes here.